There have been some mails people have send to me, asking about King Fang .
So I thought way not write a bit on the blog.
I mean Yukio Togawa were a inspiration to Yoshihiro Takahashi and their story's in many way have similarity. When it come to characters and storyline ideas.

Born in Saga, Japan in the year 1912 Yukio Togawa had a long life ahead of himself.
It wasn't until at the age 92 he passed away.
But he were leaving legacy of story's to admire and think about.
You see Yukio Togawa was most passion with his work when it come to nature , animals and the balance with humans.  He were novelist , children's author, newspaper reporter and over the time Yukio lived he create many story's. And were also a candidate of prizes, award for his works.
But aswell Yukio were also writer as producer for movies.
As a documentary of ; Hokkaidô Monogatari (Hokkaido Story).
The documentary were 87 min long and produce at the 15 June the year 1968 , in Japan.
There were Yukio Togawa were associate producer.

But Yukio had deep passion for animals, and were a fighter for wild animals.
He were director of the "Japan Society for the Prevention of Cruelty to Animals"
But not only in Japan , but such as Africa, with the activities complained of protection of wild animals.
Yukio Togawa made many books, so I will not write them all.
But if you interested you can go and look at ; Wikipedia;Togawa Yukio (Japanese)

Those one I going to  write about is ;
"The Legends Of Nature" And "King Fang"
I guess most knowing for us in the Ginga, Yoshihiro Takahashi community is ; King Fang
Yukio Togawa were a writer and one of the illustrate/artist is Takao Yaguchi.
One thing that worth to notice is that Ishikawa Kyuuta have done remake of Yukio Togawawork.
Like King Fang .
But also Ishikawa have cooperate with Yukio, with the story's/ art. Note that Ishikawa have many names (artist) , as; Ishikawa TamaFutoshi Ishikawa Teruyoshi ,Ishikawa Mitsuyoshi ,Ishikawa Kyuta

But I will go deeper on King Fang manga's later .
On thing first


"The Legends Of Nature"

My favorite manga series ( if you count out Yoshihiro Takahashi's work) is "The Legends Of Nature".
This series were create by Yukio Togawa the writer and illustrate/artist were Takao Yaguchi.
The work were focus on the wildlife, animal" novels, as become manga's
You can say, in short term "Legend of nature " tells of the many tales of Japan's wild life.
The many animals in the country,  the mother natures and the balance she rules.
The story's have bitter sweet story's about the prey and the hunter, (mostly the human hunter).
The struggle to live and become the prey .


The first books of the series are focus on a Bear. Man eating bear 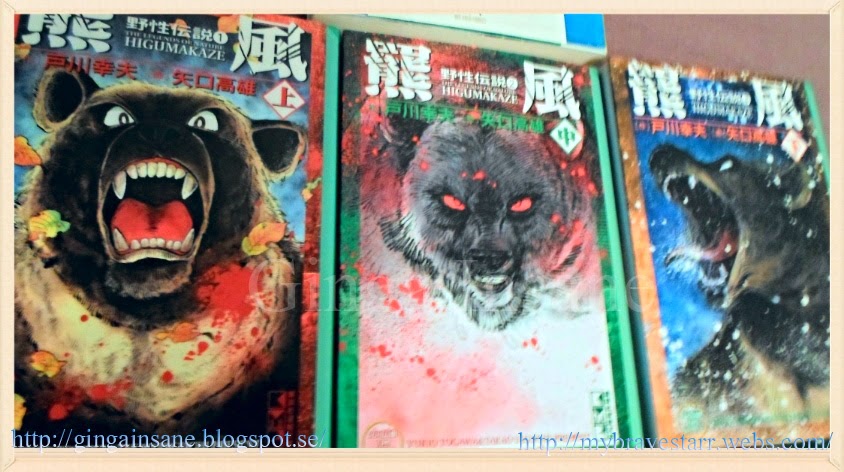 "Higumakaze" is the name of the first three manga's , in the series of seven.
And short story, a big man-eating bear attack a small village.
The manga follow a real story, when it come to the bear attack
Read more on Sankebetsu_bear_incident
In the manga it's seems no really stop of the bears hunger for blood and human flesh.

The humans try to fight back, but in this story the humans is the prey .
You will find blood, some gore, violence in the manga.
But also beautiful drawings and interesting storyline. 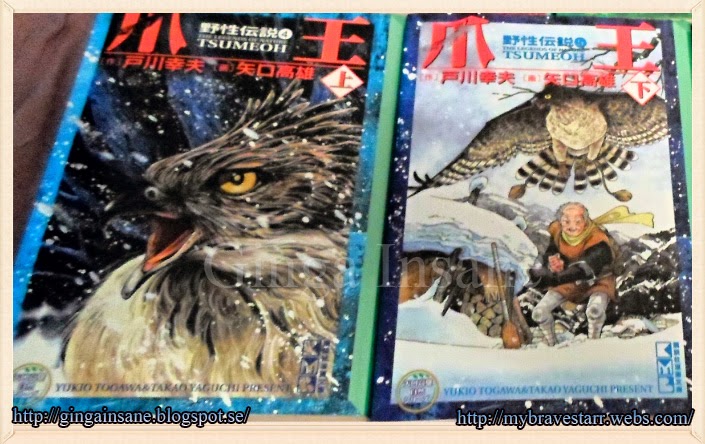 Two other manga's are;  Tsumeoh
The main character is a falcon, (hunt falcon in fact).
We follow the story when the falcon are born in the wild, but later are caught bu humans.
But even in this captivity a bond between human and bird is born.
And the story follow with , challenge,friendship, death and adventure.

The main character here is a Matagi Dog.
Here we follow the story how deep loyal and also how deep love for the family is.
The start at the country side in Japan.
There lives a family with a dog, Matagi dog.
This one is skilled hunting and seem to have combat ability.

But one day the dogs owner get sick, and they get a afford they can't refuse  .
They had do sell their loving family dog.

So the adventure goes, from the countryside, near the forest and the mountain, hills, the dog world changes. Now the new home is in the city.
But how much the humans try to adjust the dog to the city. The deep desire to return home became to much for the dog.So one day, the dog escape. Here goes the long journey to come home, with full adventures. 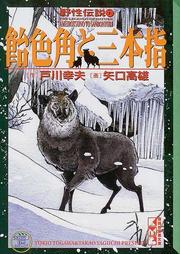 The manga book Seven are called; Ameirotsuno to Sanbonyubi
Main focus is on the the Japanese serow , wild goat.
The struggle, relationship between wild animals and the humans.
The bitter sweet story and how we can follow the two sides.
Humans, the hunters and the serow. 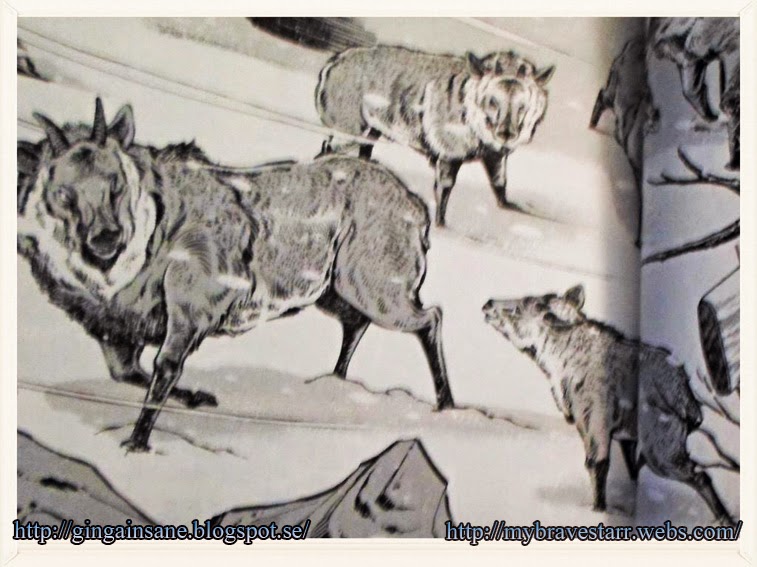 I think the main character there , is a leader serow.
But the manga are so beautiful draw.. I just adore Takao Yaguchi.

So many of this manga series were books, novels at first.
But as far I know there is two manga release.
The years; 1997- 1998
Vol 1-7
BGC; Big Gold Comics
Publisher: Shogakukan

This one are hard to get, at lest as complete set.
Sometime you can get some volumes for a low price, but it's hard to get this manga's of  this date.
I have vol seven, missing the rest six. 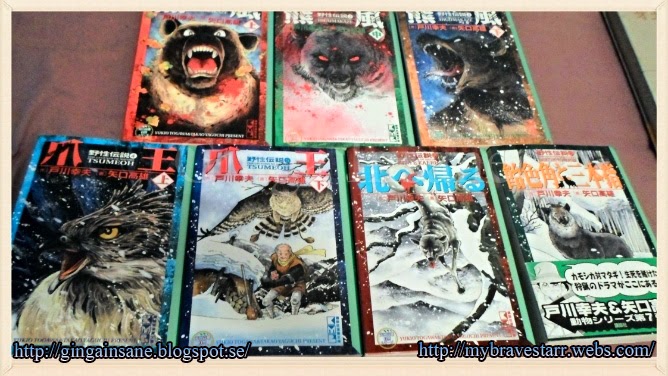 Until then
Take Care