A long time ago, when the publish of manga's were still on the top in Sweden
There were magazine like:  Manga Mania, Shonen Jump and Shojo Stars

The company Manga Media were result of  between the companies Swedish Bonnier AB (by Bonnier Carlsen) and the Full Stop Media (Schibsted publishers AB).
Schibsted took over Full Stop Media in the years 2005/2006.

The Manga Media gave out the magazines ; Shojo Stars , Shonen Jump and Manga Mania.
Manga Media published the three magazines between the years 2003-2009.

Sadly the company had finances problem and declining sales on all three magazines.
There were struggle with the license when it come to the manga series.
So the company disband in the years of 2008- 2009.

So lets take a look about the magazines 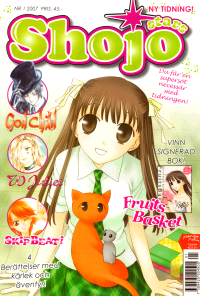 Shojo Stars had the inspiration of the Japanese magazine called : Hana to Yume
(HanaYume) and were a Shōjomanga. The magazine came out monthly.
Manga series were;  Godchild, Skip Beat!, Fruits Basket , Gakuen Alice, Vampire Knight and W Juliet.
But there were also articles (some like some focus articles about illustrators and models) ,sudoku, and contests. More focus on romans, music and trend

Manga Media had cooperation with Hakusensha with Shojo Stars 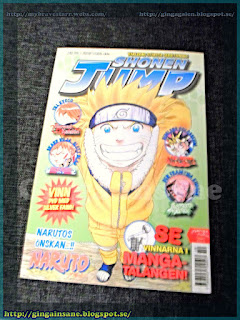 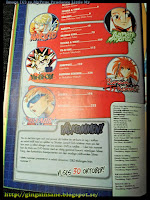 Some of manga series that comes in the magazine is :
Naruto, Shaman King, Yu-Gi-Oh!, Rurouni Kenshin, Bleach & Romance Dawn (another variation of the series One Pieces beginning)

But here were also; courses on how to learn to draw manga, competition/contest and Jump post (readers letters).
Shonen Jump even got a sister magazine in Norway (the years 2005-2007)

Silver Fang /GNG Note
In the issue, volume 10/ 2007 there were three pages about a contest to win a Silver Fang dvd box. 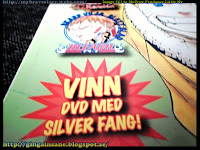 
I tried to find out more, but sadly the web site that publish the winners are gone.

☸ڿڰۣ☸ڿڰۣ☸ڿڰۣ☸ڿڰۣ☸ڿڰۣ☸ڿڰۣڿڰۣ☸
Manga Mania were a bit different if you compare to Shojo Stars and Shonen Jump.
There were more focus on Japan, with many articles how to learn Japanese both the language and traditional culture. News about manga and anime and many competition/contest.
There were also fan draws show in the magazine aswell.

Manga Mania were born in 2003 and ended in 2007.
Because Manga Mania had unclear audience focus and declining sales the magazine ended .

During the four years Manga Mania had 42 th issue, volumes.

Silver Fang /GNG Note
During the time Manga Mania were alive, there were publish a article about Silver Fang.
As you see the article were two pages.
The tale about Silver Fang and the era of 80's & 90's when the anime classics  came.
But also the article tells about devoted, enthusiastic fans.
You see back in the 2004 there weren't so many sites or information about Ginga Nagareboshi Gin.
A small fan base , but it grow with time.
Here we also get to know a bit about Weed, (from the manga Ginga Densetsu Weed)
Manga Mania had contests to win the uncut dvd box of Silver Fang, Ginga Nagareboshi Gin
But in issue, volume 4/2007 there were a dvd gift.
Manga Mania anime & trailer DVD , See more at Silver Fang Dvds (History) 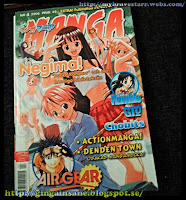 The availability of the manga's magazine is difficult to say.
Mostly you can find the manga's on Swedish auctions site or secondhand stores
And the price can be cheap and sometime expensive.

But for a complete set for the three different manga's can be really expensive what I have as experience.
Just the shipping part can be hight prize, just for there are so many issues of each magazine