So time goes by one more .
The days goes by to fast now.
The big new I finally got  a bookcase, for all my books. 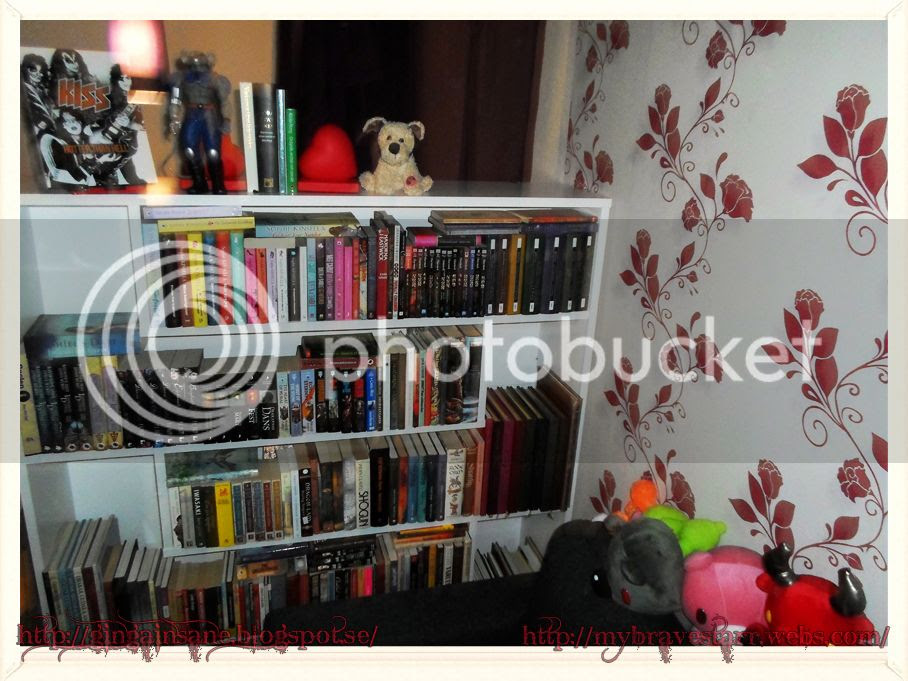 As the bookworm that I'm this mean that I got some more room for my mangas.
The many manga by dear Yoshihiro Takahashi.
But I still need some room for my other comics collections .... but that will be next project I guess.
So I thought so share some photos. 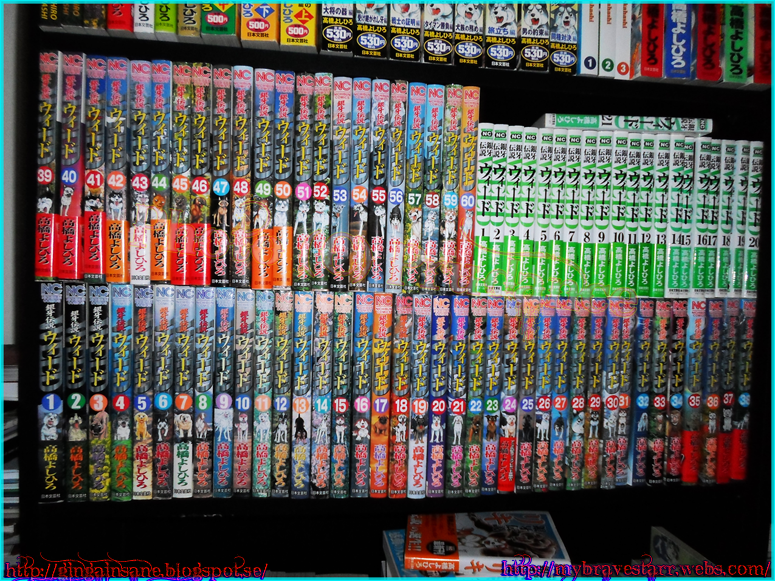 Just to get the first edition of the Weed manga took the sweet time. I can tell you that. 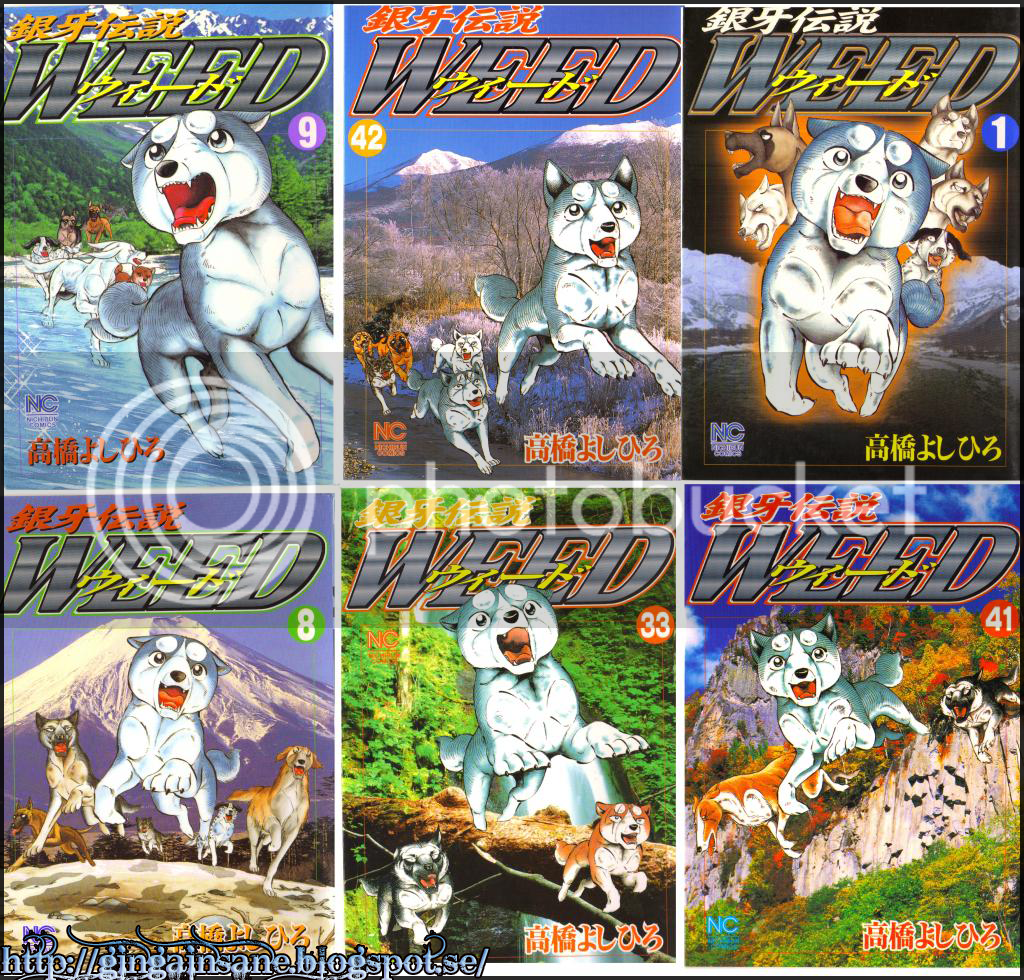 I like the background on the cover at this edition.
Most or all of the cover design are made by Tazuko Ohno (Creative Sano Japan) .I don't know but this is a way to see the beautiful nature and the landscape.
I don't mind  the characters pose or looks.
Over the ears I heard that: Weird eyes, jumping out the landscape, opened mouth and everything els seem to be wrong ...
I really don't get the many view or complaint.
It's Densetsu Weed mangas and that means some appear, feature of the characters pose or looks will be legendary or famous.
Well at lest I thinks so.

When the come to the other favorit Weed mangas

This edition of 2006-2007 aren't so colorful like the first one.
Some the covers are fine with the story/storys in the Densetsu Weed series.
But still this are a nice and cute edition. And the smaller size on the manga make it really nice too.
Sadly the story ends with the big battle Weed vs Hougen . And ends there
It's a bit sad, i really wanted the story continue. For there are great images with the characters.
And make the manga interesting to read or study.

A other photo on the bookcase and the many Weed mangas. 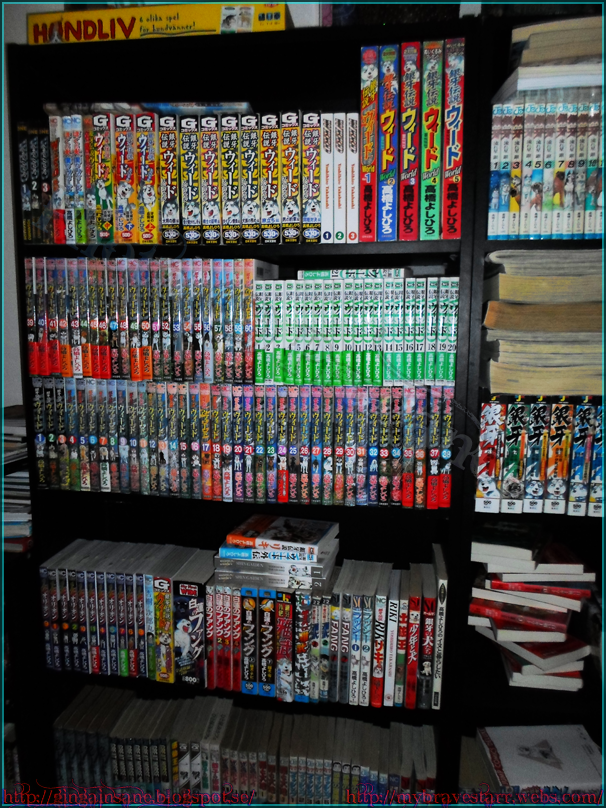 As you see I a bit behind the Ginga Densetsu Weed: Orion.
Or as I call the series; Ginga Densetsu  Orion
I got volume; 1-11
But I can say that I'm way behind the Finnish edition with Weed.I got vol 1-3 ...  O_o
Well, I got a goal to collect them and have them on the list.

But I still sorting the mangas and the bookcase & the bookshelves