Those magic days in Finland  :  )
I'm still a bit speechless about the event
For those that have missed the event :
Yoshihiro Takahashi said last year that he will come back to Finland .
To meet the fans one more
Well some maybe thought that he didn't really meant it

12.7  Thursday
Time : 16.00 -17:30
In the center of Helsinki bookstore, called Akateeminen kirjakauppa
Small interview, autographs
Fanmeeting in office place of Tammi, Korkeavuorenkatu  (only chosen ones, from a contest )
Time: 18.00 - 19.00

I really wanted to go on the Animecon IX , see the Hopeanuoli Musical
But sometime things in life take a change.
Personal issues, family things and money made this a bit impossible for me .
At same time I'm not so glad of to many people around , crowded I mean.

So when the days when slowly by I were planing to take a fast trip over to Finland.
That tripe went as a last minute thing
I'm really grateful that I got a dear friend that help me out.
Thank you Anttu  ,I can't thank you enough

To tell the true I like Finland , very much
There are a different atmosphere then in Sweden. And everyone are so calm, polite and kind.
I just had a awesome time  those days I were in Finland: I wish that I could be there a bit longer.
But perhaps I will plan better next time , so there isn't last minute ting   : )

I came on a Monday and the plan were to go to the bookstore on Thursday at Helsinki.
You can guess I were excited  ;  )
So at the bookstore; Suomalainen kirjakauppa , in Helsinki.
The thing that hit me were the atmosphere and the respect the people gave Yoshihiro Takahashi .
Everyone were so calm , but yet you could see the excited, the happiness to see Yoshi himself and get autograph.
We got numbers on paper to stand in line when the autograph session should start.
I guess that  will made it more easy to keep a track on the line and people. 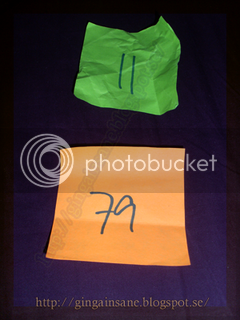 As you see I got two numbers.
At the first time Yoshihiro heard me talking to the translator
Yes I talk in English more of the trip. Or Swedish/English  sometimes
And then Yoshi smiled and said : Oh Sweden
It were nice to see the smiles of Yoshihiro  ^^
There were many people there in the small bookstore .
And there were some that were for sure wondering hm what is this about  thoughts
One other thing that were so great were the fact the ages on fans.
There were so many different ages groups and so many different people at the signing.

I think that it most be amazing for Yoshihiro Takahashi to see and experience.
So after I got my autographs , we were standing and watching the others fans that were in line. And many other that were tanking photos and filming.
Interesting to see and even I try to take some photos as well.
Even that I just some that were good ones.
I think I saw some people from Deviantart .
Some had really great t-shirts with Ginga theme on , looked so cool.


Just when the line disappeared more or less. I took a chance .
I when calmly to ask the translator if that were possible to get two more autographs.
For two friends that that couldn't come to Finland.
Then the translator ask me where my friends lived
And I said  one lives in Sweden and a other one lives in Norway.
Yoshihiro smiled and  nod as the translator did . The sweet part were that Yoshi nod on the manga and ask which one were going to Norway.
It were the Finnish Riki manga and he smiled and nod one more time.
At same time he said something and translator said
- So all the way to Norway, that are a trip for the Riki manga
Yoshi were polite and kind , and he so right

If you wonderning ; YES
The two manga's did go to my friends.
And both were really surprise about this . I loved to see their face when they opened the packet 's
One thing I wish I could send some more autographs to friends
But I hope that will be a next time , to meet Yoshihiro one more time
And perhaps get some Yoshihiro autographs , so I can send those to friends.

On the photo;  a person gave a ginga draw or wanted the draw be signed by Yoshihiro.
I can't remember
But I just love the look and then later smile of Yoshihiro.

I got mine autograph  (that I have more or less dream of ) and  I'm so happy about it.
So as you see on the photo; is the proof that everything went as plan and the trip : )
I also go the Finnish translated Riki manga.
And I'm so happy that I also got a card from Yoshi, when I got autographs 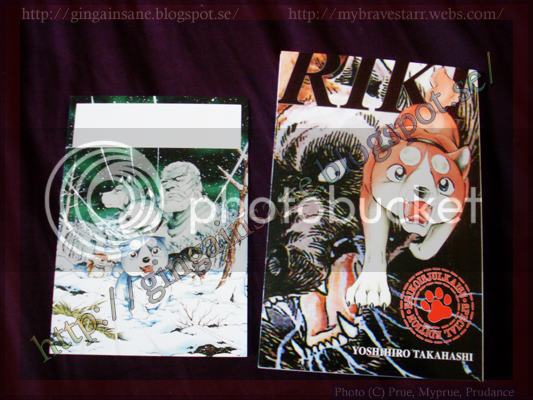 Other things to say let see
The Angry Birds fever  are in Finland. Say you can see on some of mine photo's
I think the Angry Bird are popular in Sweden too , but seem to be even more in Finland.
In some photos it's seem that the figures, plushes are sneaking up in the photos that I got.
Upplagd av MyPrue kl. 6:42 PM