I need to do small update, what I have or got recently.
The most of all I recently got is the Finnish translate manga's of Yoshihiro Takahashi. 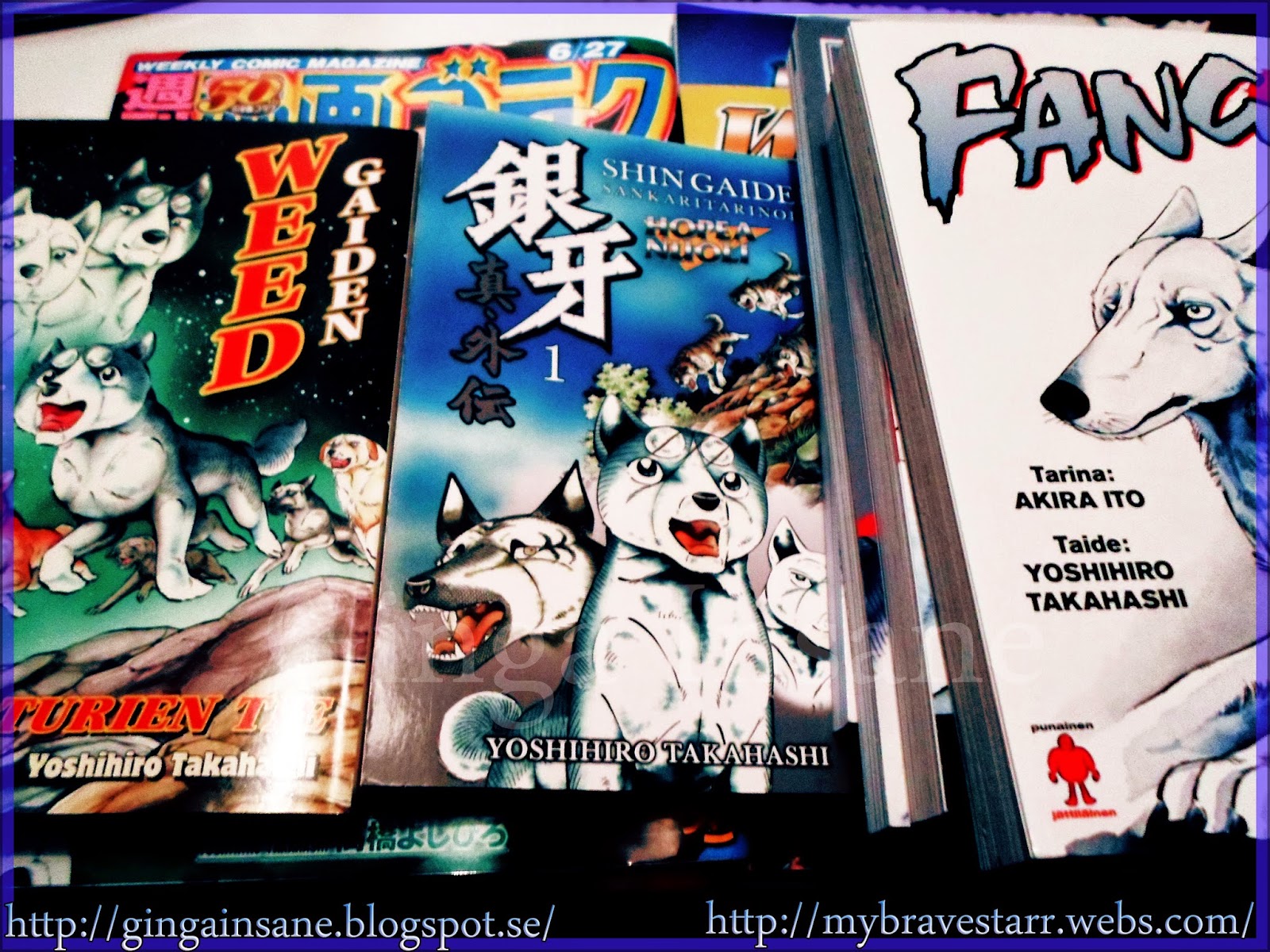 Truly I glad and very happy that there goes so well in Finland with the translator and publishing.
Now I just need to learn Finnish and Japanese to really read the manga's :  )

So now the large collection with the manga's, books with Takahashi work need more room. I have bookshelf but when the collection grown large you need to plan out how to do with the space.
As a bookworm that I'm are, I love bookcases.

So since November I got some more manga's and await for some more manga, item's to arrive.
The time have changes and some items are more expensive now then before. That way I have taken a bit of break off to collect more ginga items. But also I have become a cat owner.
So I need to balance the money, savings. So you really can take care about your dear pets and yourself. The collecting will not be so important, as before.
As I always say to other collectors.
You need to really think before running in the circle and try to collect ginga items.
Collect for yourself not to impress others.
For if your do this to impress that can be expensive experience. Just some wise words , on your the way of life


Mine collection is very dear to me and I just love books. As the childhood heroes of  Silver Fang/ Ginga Nagareboshi Gin. As well are Yoshihiro Takahashi. 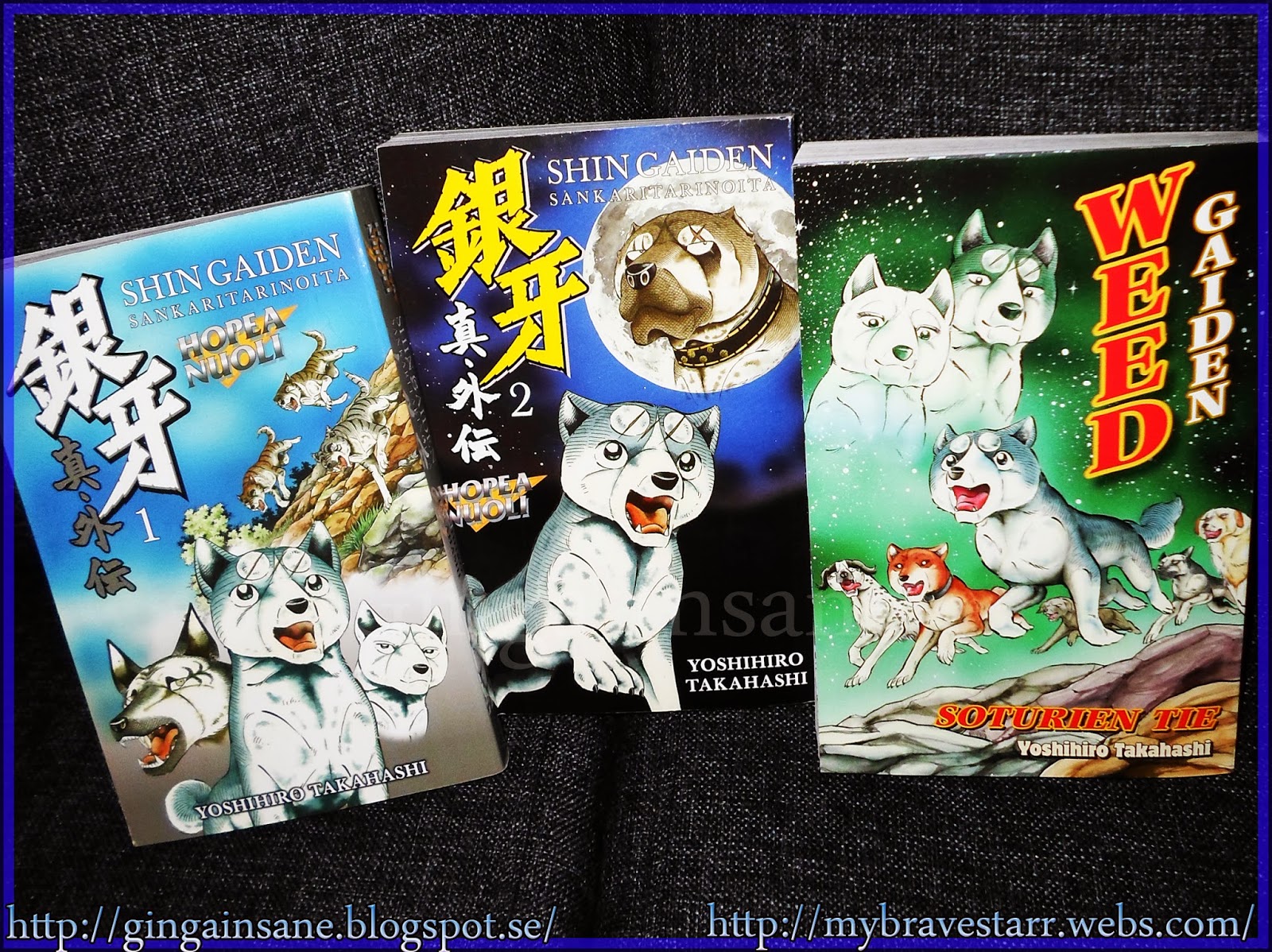 I got the second and third print and I hope to get number one, one day. 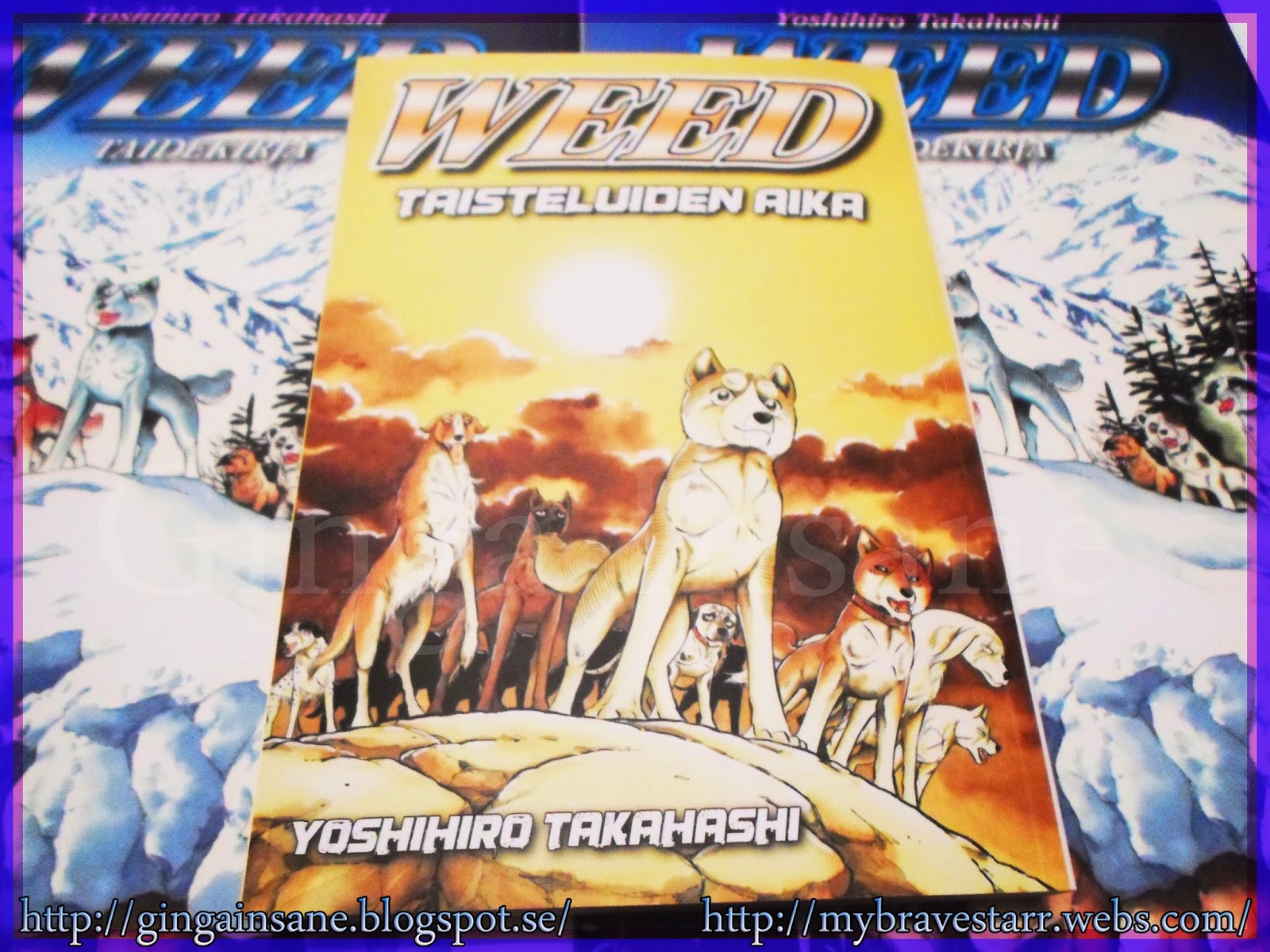 Weed - Taisteluiden Aika ( Weed - Time Battles/ Battles Times)
I think the color of the manga are strong, a different color and chose I guess.
But it work with yellow 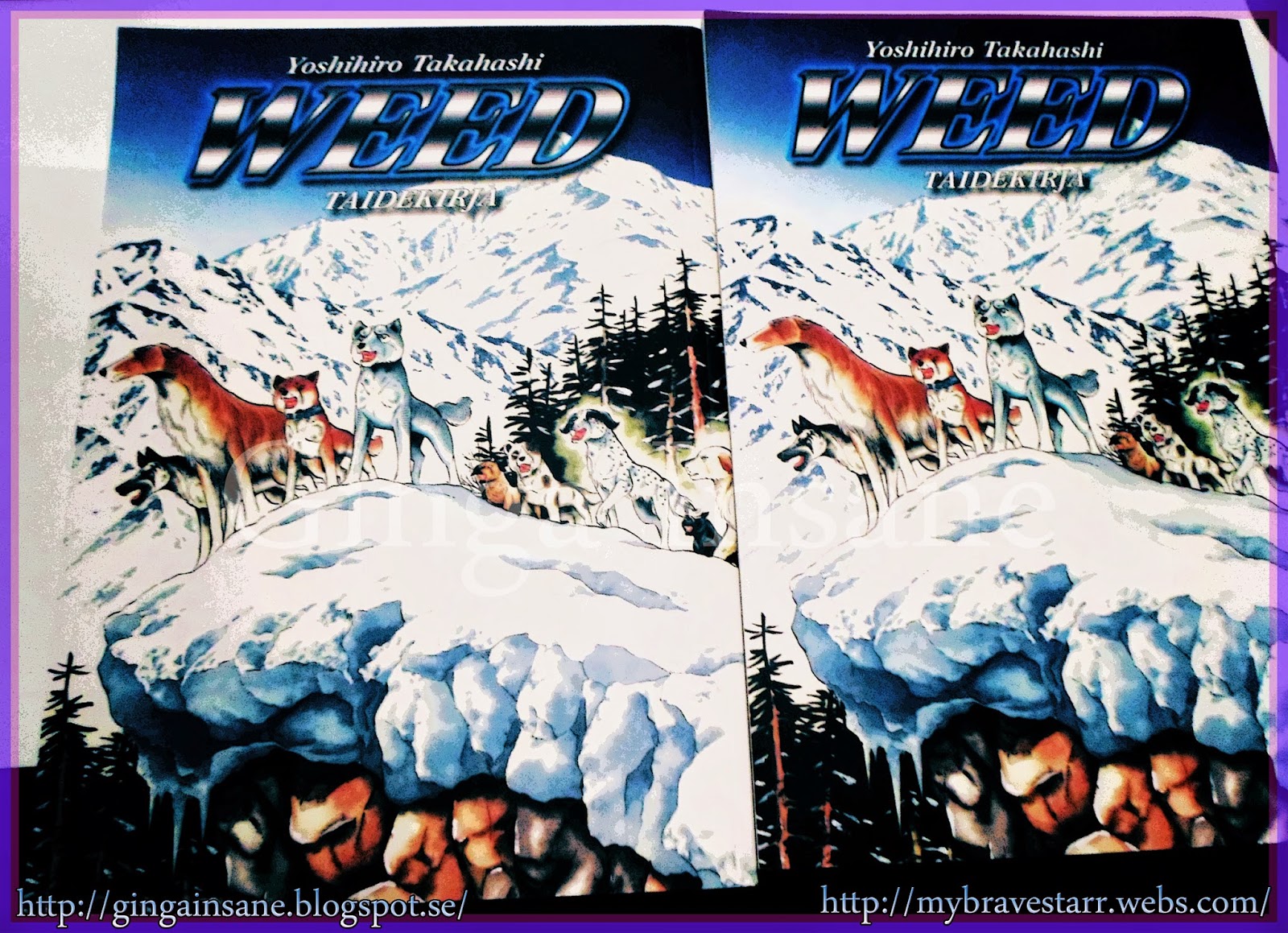 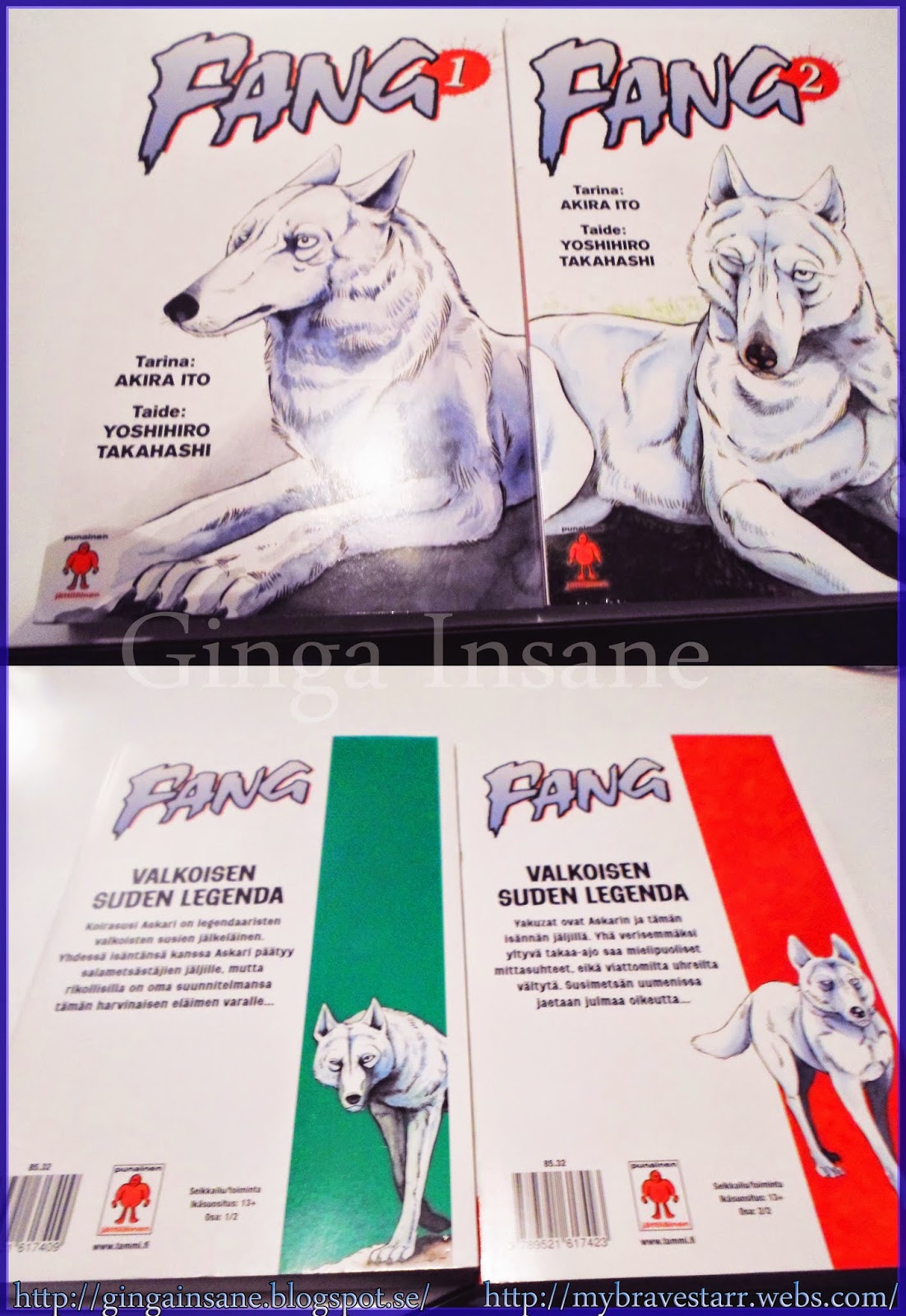 Fang, vol 1-2
I think Fang is on the third or fourth place of mine favorite of the dog/Canidae story's of Yoshihiro Takahashi.

I were a bit surprise that Fang were being translate, surprise but happy.
Most of the popular manga's of Takahashi is the Ginga relate. 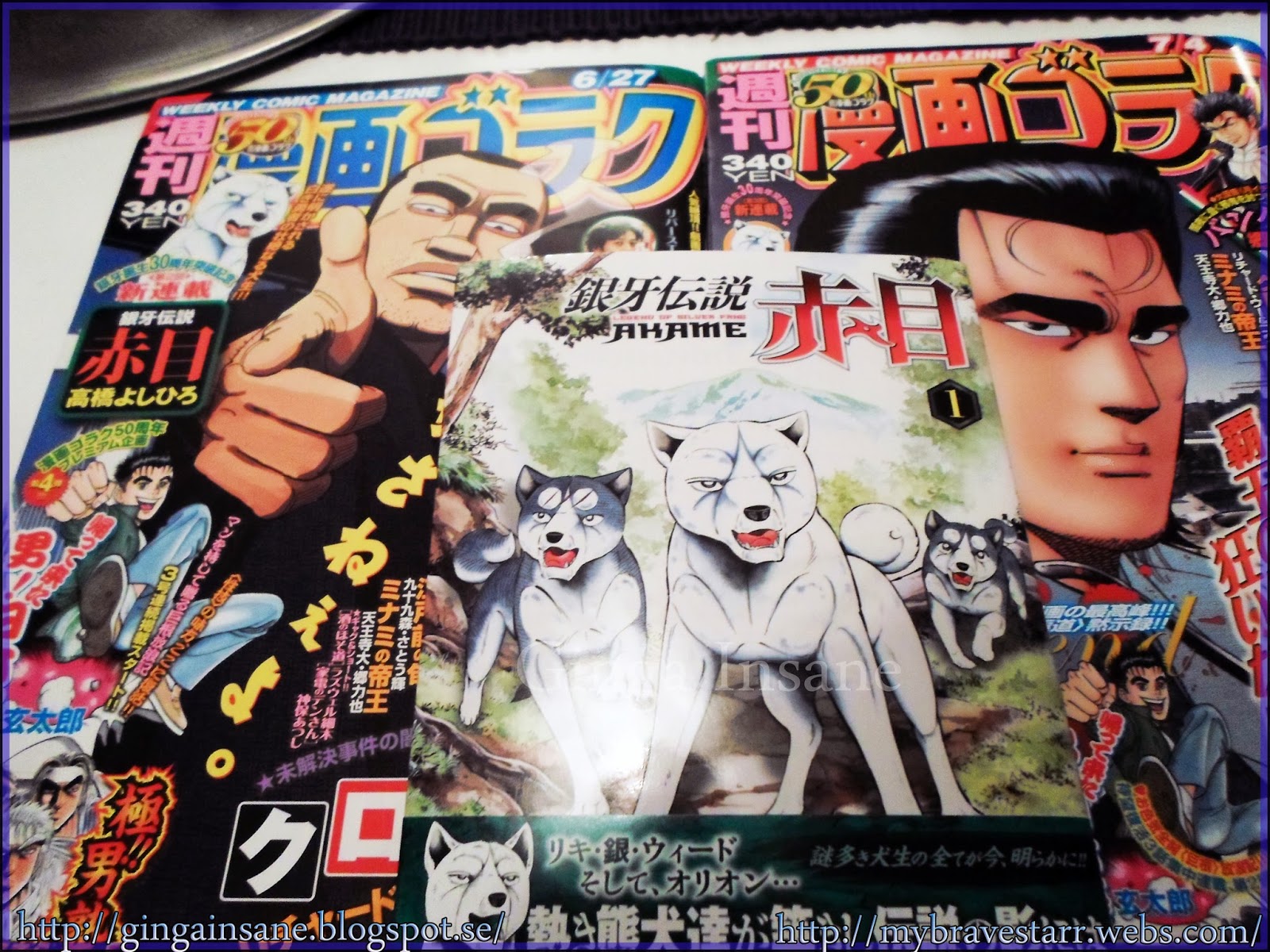 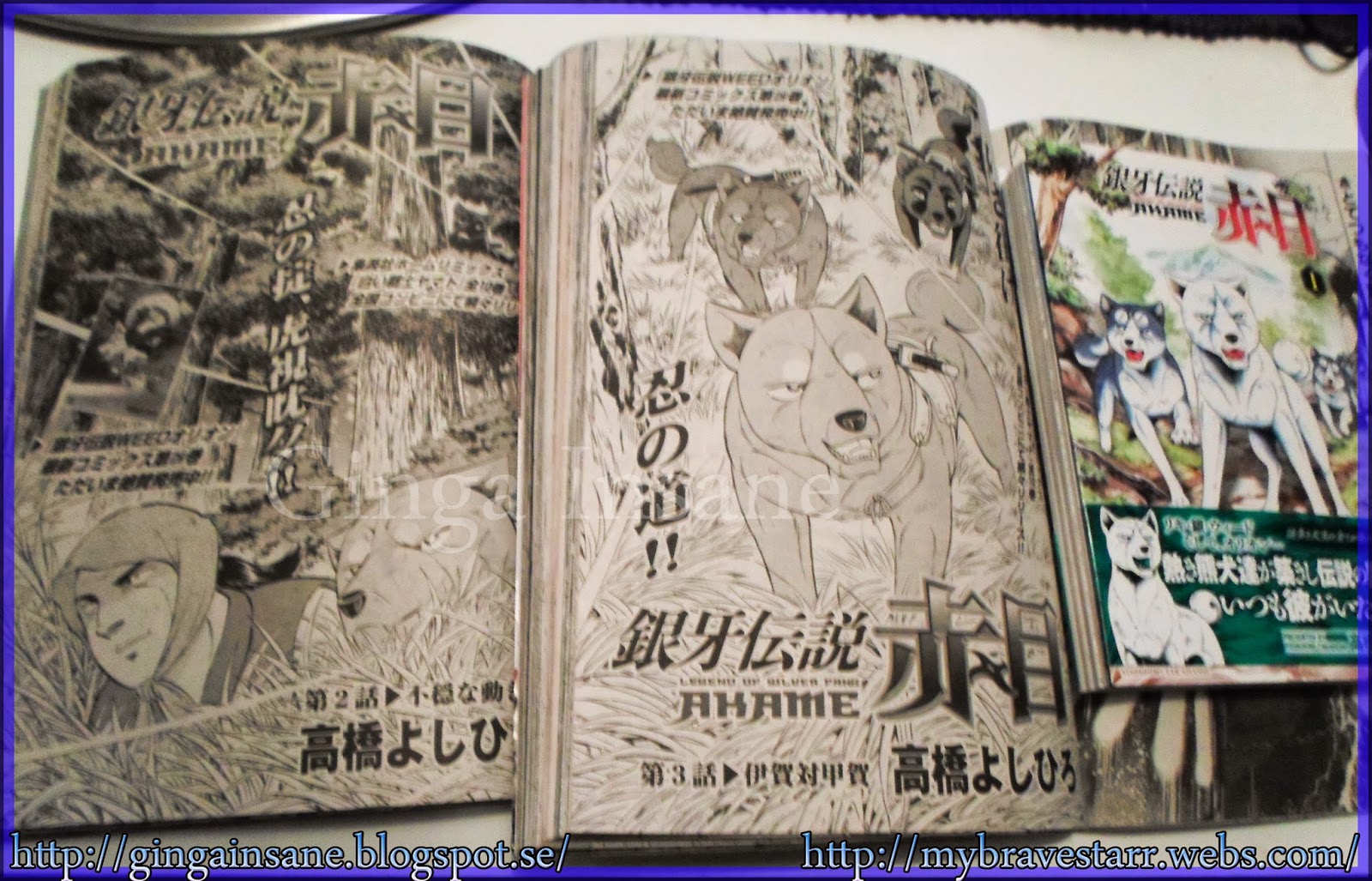 I have manga vol 1 and two of the Japanese magazine Weekly Manga Goraku,with the start of the series.
But I have at lest two in store in Japan.
The first part of Akame  and a other with I can't remember the number. But both have Akame on the cover at lest. They will come to me soon

The series is still new and fresh so that make it still a bit hard to say what I think about the series.
But I have always like Iga and Koga/ Kōga story in the Ginga Nagareboshi Gin anime and manga.
So this will be a deeper look on the history with the clans and of course Akame's past.
My favorite have been The Kōga clan and I don't know what I really think of the small spotlight the clan have in Ginga Densetsu Weed series. I think the Kōga clan were stronger in
Ginga Nagareboshi Gin series.
But we will see, Densetsu Akame have just started (more or less).

So that were a small update on mine collection
Upplagd av MyPrue kl. 4:35 PM