So in the first post on January, I mention that I got two frames to some posters
Se more on my early post ; The start of 2015
I just love them and the posters. I got both frames from work 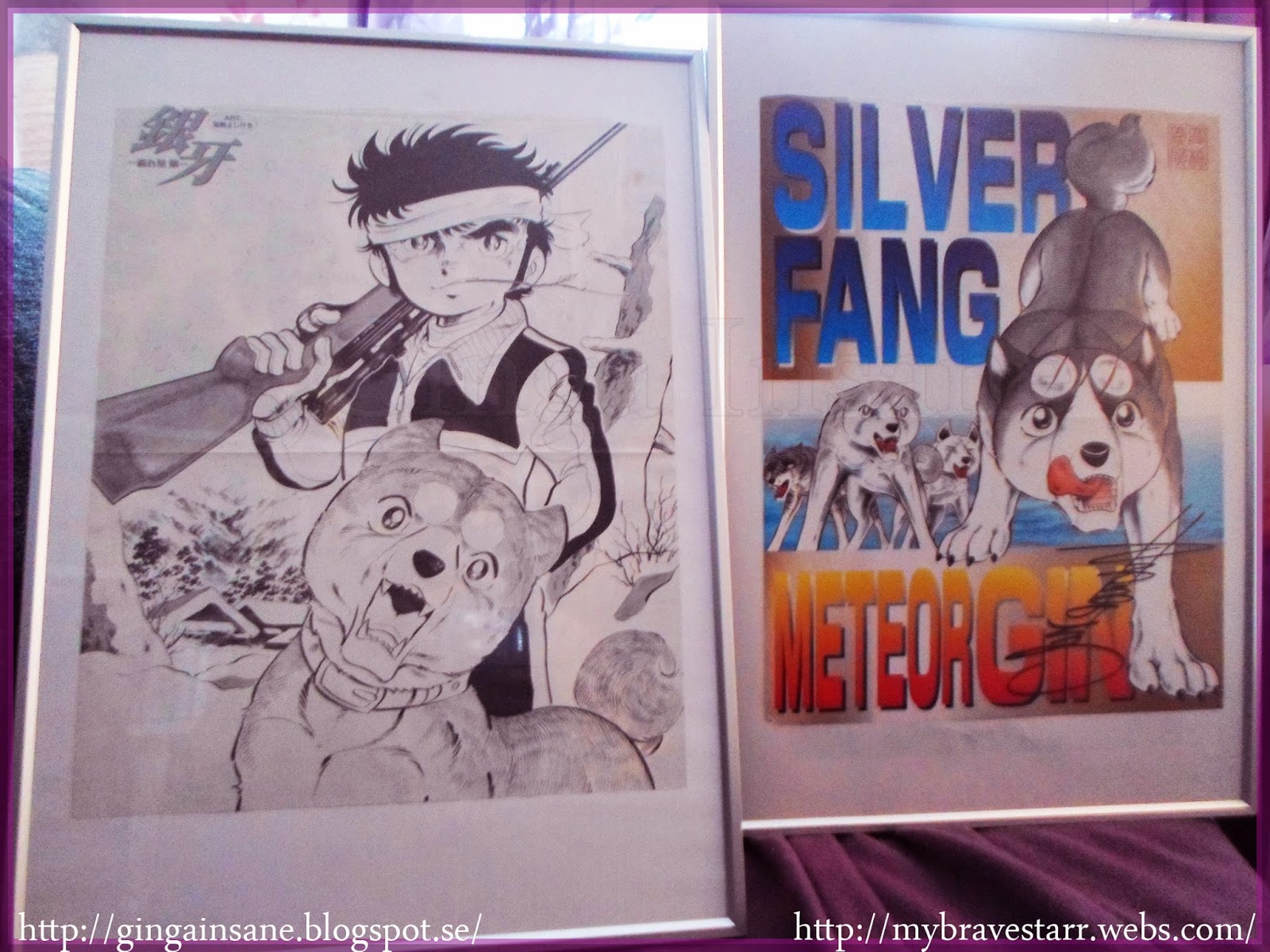 So I found two frames more in a secondhand store and decide to frames some more posters.
I guess my bedroom are more and more a ginga room    >_>
That good and bad I guess. I really need more space, a bigger apartment and some more bookshelf.
But a bit update there is a bookcase coming to me , I hope soon.
So I have more space for the collection. Well for a time at lest

As I said in my early blog post, some time back I got a packet with ginga posters, pages, postcards, adds from different Ginga Nagareboshi Gin, Weed and Orion magazines, manga.
But I haven't touch them until now.
! Please note this !
I haven't cut or ripped the images, pages from the magazine or manga's.

So instead having the images,poster laying around , I started to frame my favorites .I got four now in frame and planing to frame some more later. 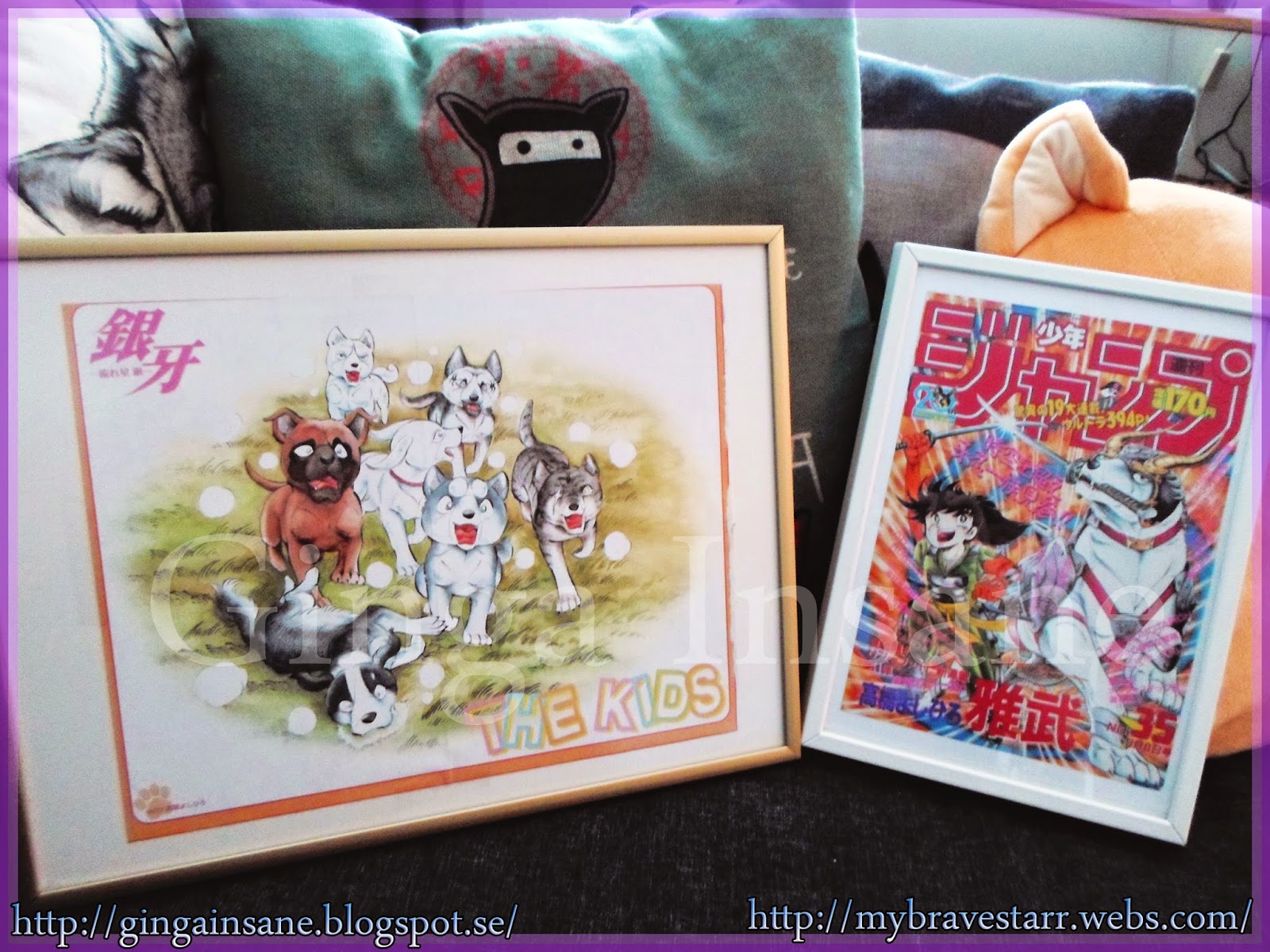 So here are two more frames with one poster and a magazine cover of  Kacchû no Senshi Gamu.
I just love the gold fram of GNG kids, puppies .
And I have a soft spot for Gamu , so that weren't hard do pick this on to the frame.

It's really nice to get some of your favorite image, posters or postcards in a frame and see it on the wall.
In the Ginga room   ;  )


It's nice to finish some projects and show off a bit of the collection.
Here is some of the postcards I got ; 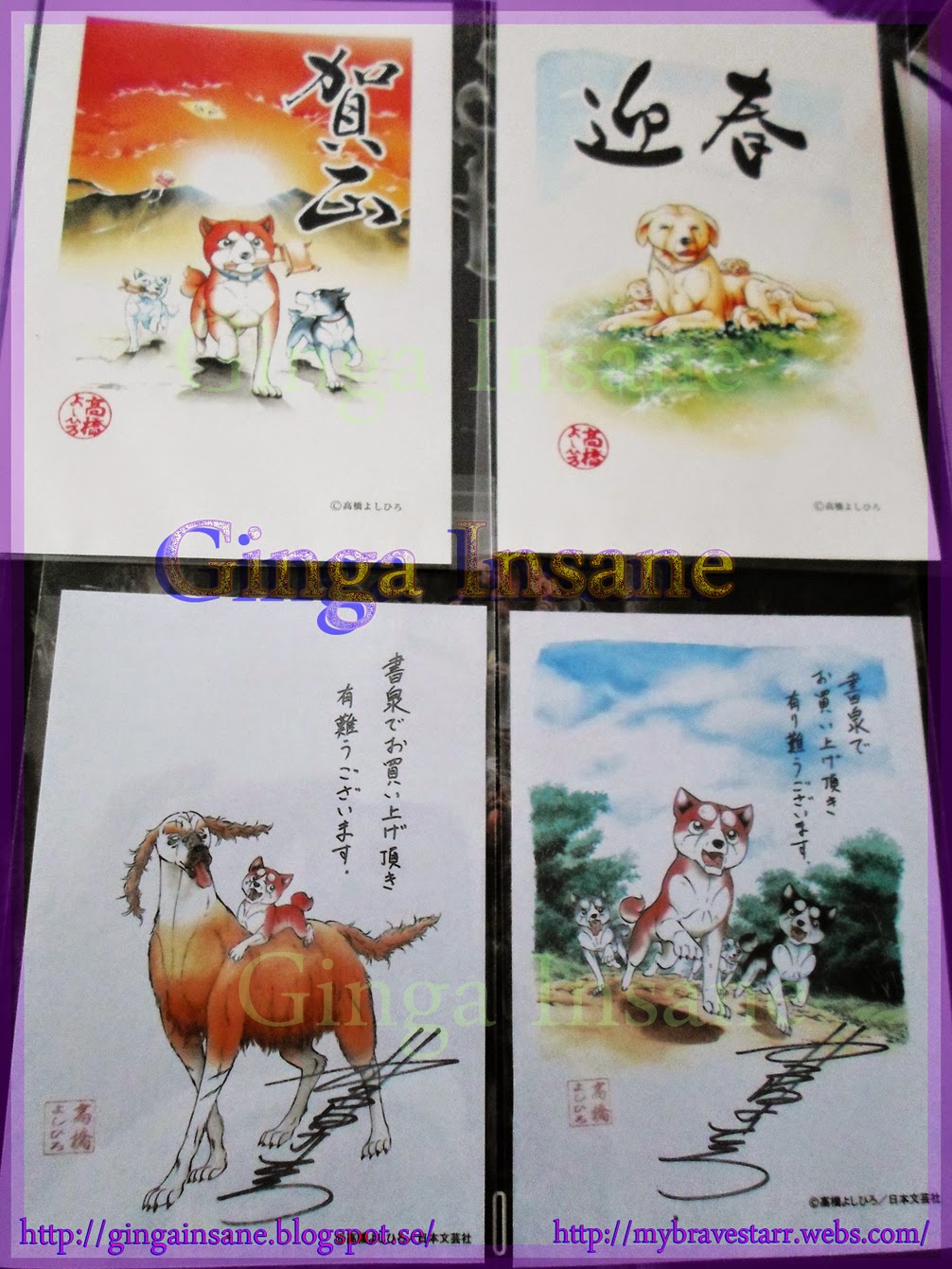 Those four I got as a gift from ; Yukimizake
I just , Love them
Thank you so much Yukimizake

So this were a small update ^^