So here comes a update what I'm have been doing
Number one thing, I have been  inventory of mine collections.
Just that have taken time.
I just added (former dvd bookcase) to the ginga mountain , so I got more room for the collection.
That took a time to add, move the furniture around and round to get it right.

As people perhaps know now, I'm a cat owner. A bit new as a cat owner
And now I try to adapt so not the cat or the collection get hurt.
So this were a challenge.

But my plan, project are now
I planing to make three parts just on this photo, staring on the left bookshelves , later go to middle and the right . I working on to go deeper on writing and add some closer photos
And after that the bookcase/ cupboard there I have item's, merchandise and so on. 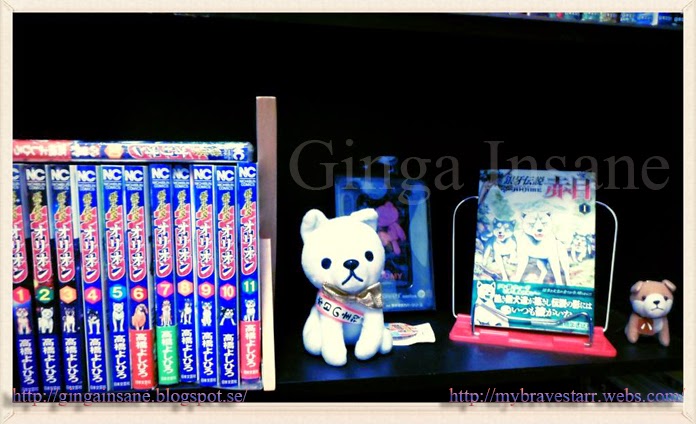 So Orion series , I still got vol 1-11
But now thank to Yukimizake I have now vol 30 (still in plastic cover).
As you can see I have the first vol of Akame series.
The soft toy/plush isn't relate to any ginga series.
I just got in love with this one at a Japanese auction at long time ago.
The other small plush/soft toy is Hachiko. The sweet dog came with the Hachiko manga.
Behind you perhaps can see a phone cover/case with Gloomy Bear 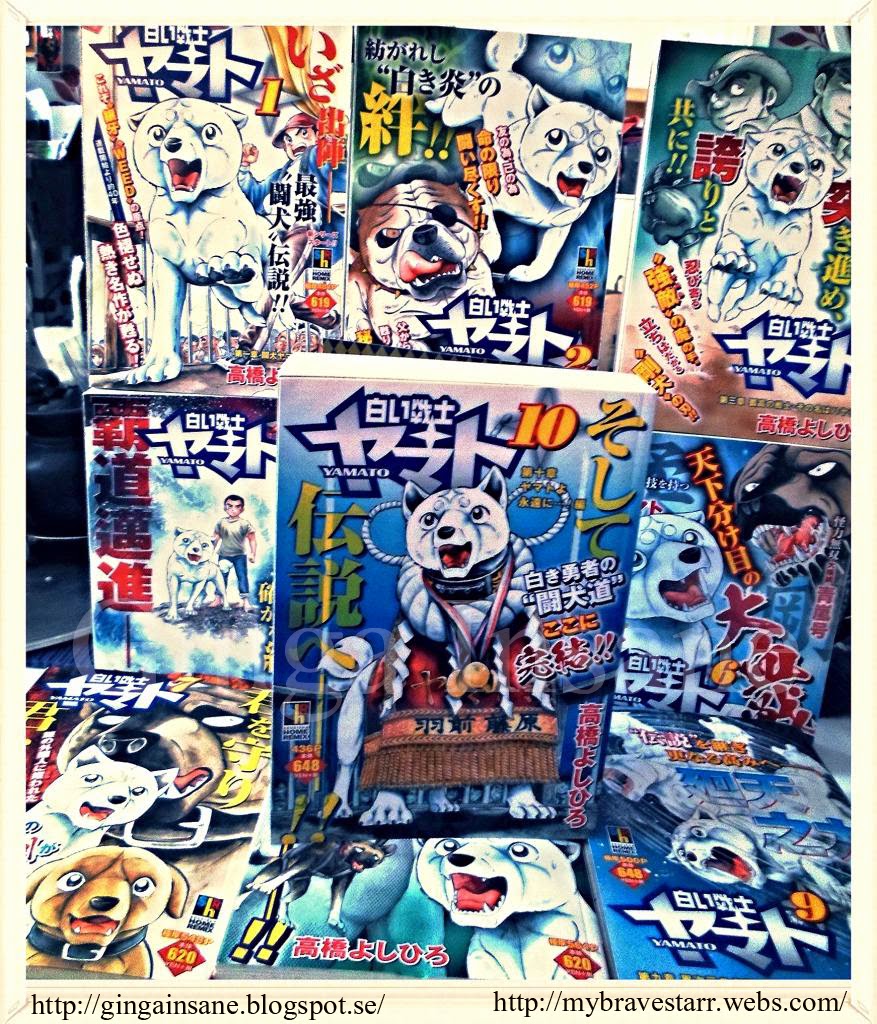 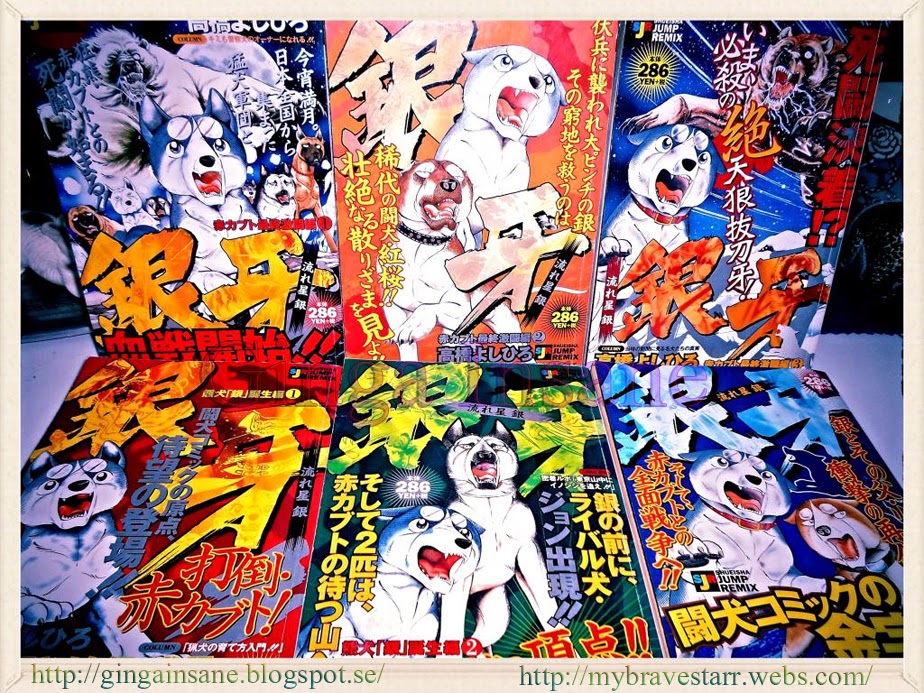 A special manga edition are dear to me.
For outside Japan those manga can be way expensive .
But if you look at second hand site or stores in Japan you can get them for a low prise.
Like 200- 600 yen.
Some see this manga's as some manga GNG edition , but I see them as extra manga more like information, taste of the manga series .
So I say that this is extra manga' s, with the chosen favorite adventure or memorable parts of the series.

If you seen my early post, you know that I have frame some posters, magazine cover and also postcards . Here is at lest there in frames. 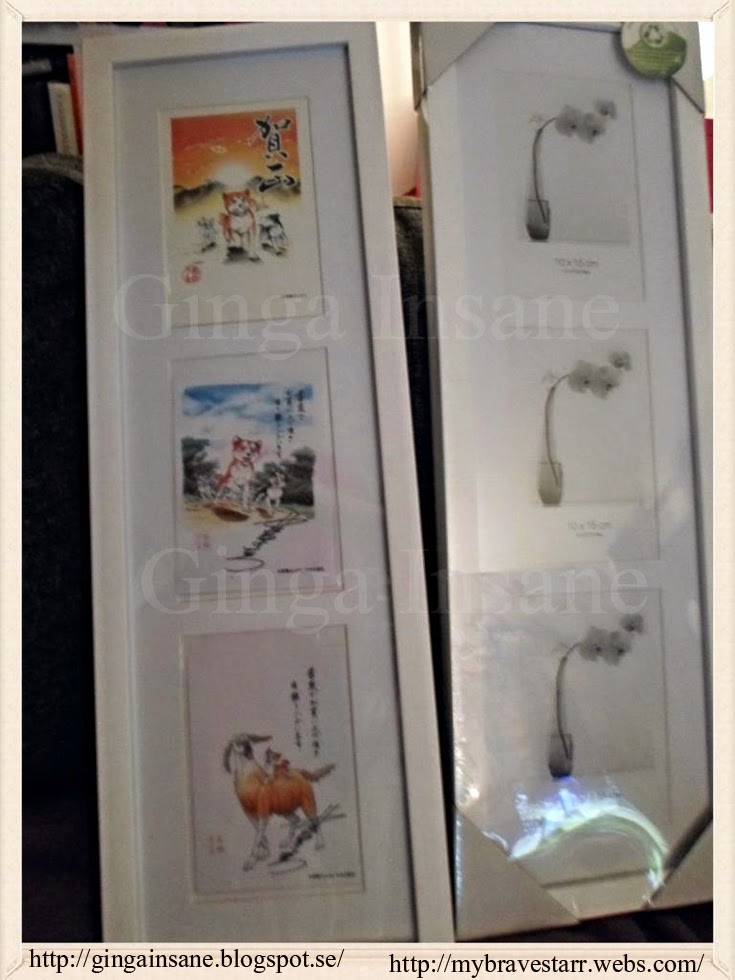 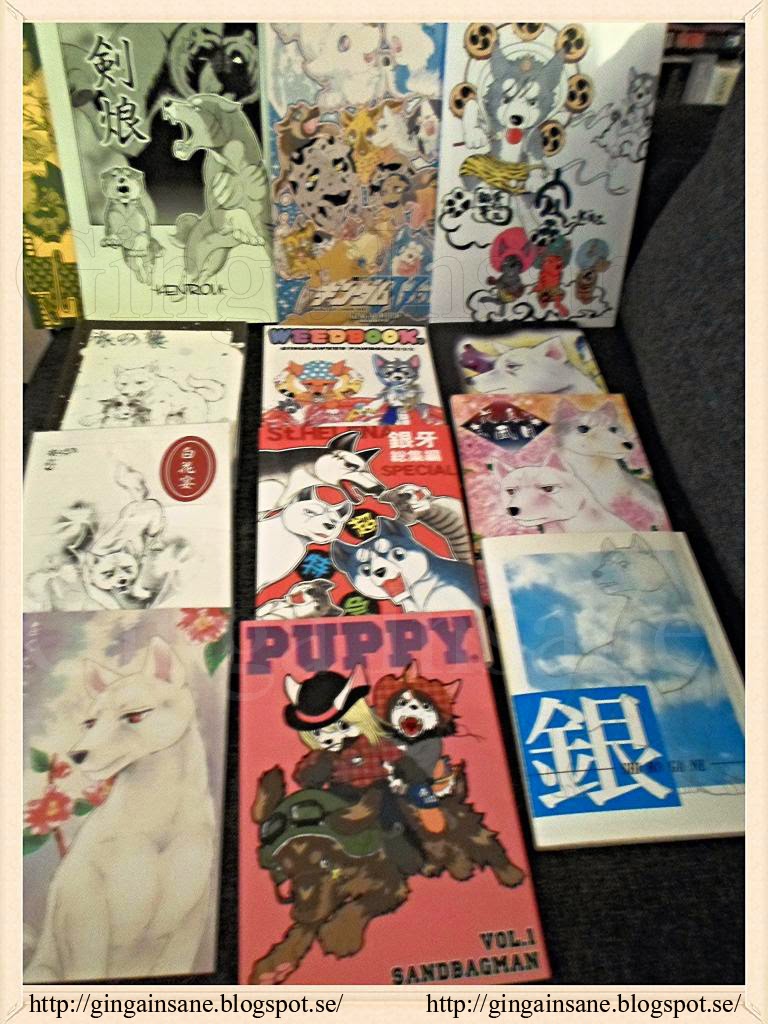 There is a small collection of ginga Doujinshi manga that I got over the years.
This is a small photo, I guess I have some more, at lest there or four that I missed when i took the photo. I will update later ^^

I couldn't help myself to add some photos of the many art, drawings
Adorable sweet and so beautiful.


A other thing I notes were that Yoshihiro Takahashi drawing style have change.
Well sure that style will change over the time 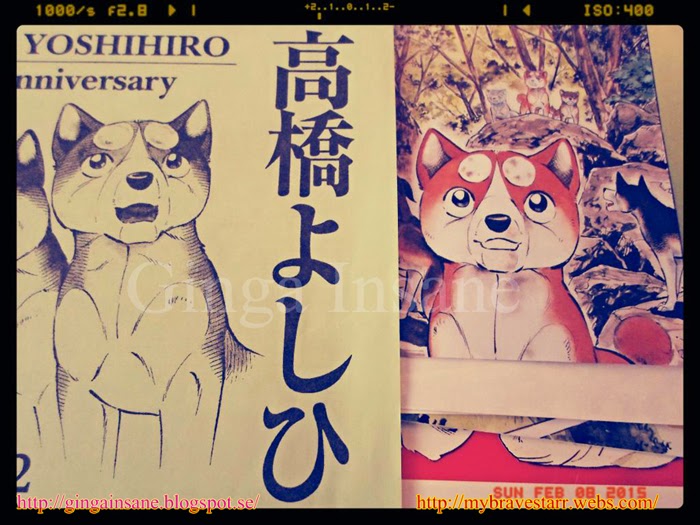 But I can't help myself to smile on this pictures.
Both Weed and Orion look tooth less , no fangs.

When I took some photos on some lose pages
from Orion and a advertising I couldn't help so note this.